Borrowers with poor and average credit have fewer options than customers with stellar scores, whether buying a car, planning home improvement, or going on vacation. The good news is that there are things to do to obtain a car loan and finance the purchase of a vehicle. If you are a new immigrant, recent graduate with no credit exposure, or plan to purchase a new car, then what you can do is boost your credit, make a bigger down payment, and get preapproved. 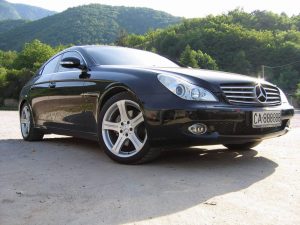 It is a good idea to check loan terms and rates in advance. Obviously, if you have stellar credit, financial institutions will be willing to offer low or below the average rates. The rate will be higher if you have poor credit but avoid lenders that offer rates that are double or triple the average.

You may want to check with different loan providers as well, including finance companies, car dealerships, financial services groups, unions, banks, peer to peer lenders, and so on.

Whether you plan to buy a new or old vehicle is also an important factor for financial institutions. Older or used vehicles cost less but loan providers usually offer higher interest rates compared to new ones. On the other hand, if you have an emergency fund and find a cheap vehicle, you can use cash.

According to financial experts, it is better to apply for an auto loan with a shorter term. The reason is that the rate is usually lower, despite the fact that monthly payments are higher. Thus a 3-year loan is often a better deal than a 7-year loan.

Borrowing with a Cosigner

This is yet another option to look into if you have tarnished credit and find it difficult to save enough for a bigger down payment. Ask a close friend or family member to cosign for you to obtain a reasonable rate. The same goes for borrowers with a part-time job, seasonal or variable income, low income, and high debt to income ratio. Make sure you choose a cosigner with a high income and very good or spotless credit to get a low-cost loan. Obviously, the cosigner will be responsible for loan payments, and it is important to pay off your balance in a timely manner. The good news is that adding a cosigner can help improve your score.

Other Factors to Consider

The public transportation system in GTA consists of commuter rail, metro rail, streetcars, ferries, and buses. Thanks to public transit, it is convenient, quick, and safe to commute and get around in Toronto.

Via Rail connects Toronto to other cities, including Winnipeg, Quebec City, Windsor, Montreal, Edmonton, and others. This is an inter-city rail that serves Toronto and has agreements with a number of airlines, including Lufthansa, American Airways, Lot Polish Airlines, Cathay Pacific, and others.

All commuter bus services are managed and operated by Go Transit, which carries more than 70 million passengers on an annual basis. Buses stop at Durham College, Richmond Hill, Pearson Airport, Milton, Hamilton, and so on. There is free wi-fi at bus terminals and stations. Go trains have a quiet area where laptops, tablets, mobile phones, and other devices should be kept muted. Smoking is strictly prohibited on platforms, pedestrian areas, platform shelters, terminal buildings and stations as well as in buses and trains. Passengers going to or arriving at the Pearson Airport take route 40 through Mississauga, Oakville, Richmond Hill, and Hamilton. Service runs every half an hour during rush hours. 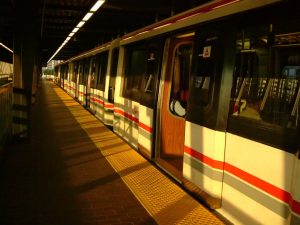 The Toronto Transit Commission operates the subway in Toronto since 1954. The subway consists of light and heavy rail, both elevated and underground. A total of 5 lines serve passengers – Eglinton, Sheppard, Scarborough, Bloor – Danforth, and Yonge subway. The frequency during rush hours is 2 – 6 minutes (5 – 6 Minutes for Sheppard, 4 – 5 minutes for Scarborough, and 2 – 3 minutes for Bloor – Danforth and the Yonge subway). There are 69 subway stations, and many of them are wheelchair accessible. There are escalators and elevators. The subway is also conveniently linked to streetcars and buses, with over 140 bus routes and 11 streetcar routes to choose from.

There are several projects underway, including efforts to improve safety, new trains and facilities, modernization of subway stations, and the Toronto – York Spadina extension. In cooperation with the Toronto Transit Commission, the city of Toronto plans an extension to help more than 600,000 residents of Scarborough commute using the Bloor – Danforth line. New vehicles are being added to the fleet as well, including articulated buses, subway trains, and streetcars. Some streetcar stops are outdated and will be upgraded or removed altogether to ensure passenger safety when commuting. The goal is to add features, vehicles, and facilities for easy, convenient, and safe transfers between different modes of transportation. Future plans to improve quality involve the Yonge subway extension as well as a relief line and different light rail projects. The relief line will help relieve traffic on surface routes as well as at the Bloor-Yonge Station and on Line 1. There are light rail projects underway as well, completed in cooperation between Metrolinx and the Province of Ontario.

Future projects also include the Sheppard East LRT, Finch West LRT, and Line 5 Eglinton Crosstown. Line 5 is planned to have both western and eastern extensions.

This is a fleet of minibuses for persons with limited mobility and physical disabilities. It is a door-to-door service offered by the Toronto Transit Commission.

Ferries to the Islands

The Toronto Island ferries serve the mainland and the islands. The ferries dock at the Jack Layton Ferry Terminal on Queens Quay, situated between Yonge Street and Bay Street. Passengers can go to three islands by ferry – the Ward’s Island, Hanlan’s and Centre Island. The host of attractions and fun activities are found on the Centre Island, including the Franklin’s Children’s Garden, picnic areas, a beach, and a lot more. There are also snack bars, restaurant, and pizza places. The short ride to the island takes about 10 – 15 minutes. Ferry docks include the Ward’s Island Docks, Centre Island Docks, and Hanlan’s Point Docks.